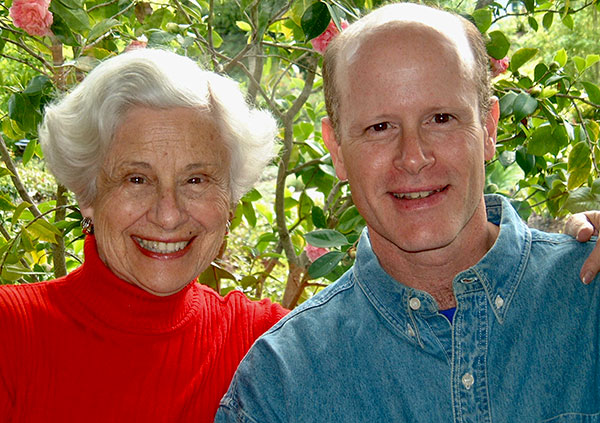 Barbara Bernie, San Mateo County resident since 1956, tireless activist, visionary, loving wife and devoted mother, died peacefully at home on July 7 at the age of 86, with her husband, Norman at her side.

Born in New York, July 3, 1918, she worked and taught at the New York School of Interior Design following a brief but successful stint as a top fashion model for Bergdof Goodman. She married Norman December 9, 1944 after a six-week whirlwind romance, had two sons, Cliff and Jon, all of whom survive her, as do her two grandchildren (by Cliff), Tasia and Nicolas.

Active through the years, Barbara worked to improve the quality of public education, supported progressive politicians and legislation with the League of Women Voters, and fought our involvement in Vietnam throughout the war. Her greatest contribution, however, was in the area of health care. Beginning in 1971, after having completed her traditional Chinese medical studies in England, Barbara became one of this country’s first Caucasian licensed acupuncturists.

From 1971, she pursued legislation culminating, in 1975, in the legalization of acupuncture in the State of California. As a consultant to the California State Acupuncture Committee and Chairperson of the Licensing Examination Subcommittee, Barbara Bernie helped establish the high standards and regulations for schools and health professionals that exist today. Over the next three decades, as founder and CEO of the American Foundation of Traditional Chinese Medicine, Barbara was instrumental in establishing the traditional Chinese medical profession in California and the United States. Working to promote the highest standards of quality, Barbara provided further education for TCM practitioners through countless lectures, workshops, overseas exchange programs, and two co-sponsored international conferences with China, one on traditional Chinese medicine and one on radiation oncology. Her vision was for the eventual development of an International Health Center in the San Francisco Bay Area, bringing Eastern and Western medical practices under one roof, where the ultimate goal was to be disease prevention.

Among the honors and recognition received for her work, Barbara was nominated for the Women’ Hall of Fame (1991) in San Mateo County, at the World Traditional Medicine Conference in Nevada (1995) she was named the “Mother of Chinese Medicine in the United States” by the American Institute of Chinese Medicine; and in San Francisco (1995) received the Alumni Resources Women of Achievement Award for Vision and Excellence (WAVE). Survived by her family, many friends, and colleagues, she will be remembered for her selflessness, her grace and charm, her ageless beauty, her great wit, her indefatigable energy, and her quest to improve the health and welfare of humankind. She will be sorely missed. A memorial will be privately held. 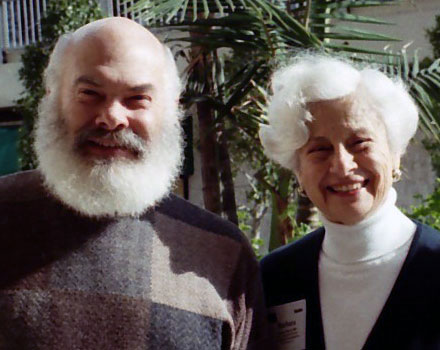 Barbara Bernie with Dr. Andrew Weil (Andy Weil). Andy was on Barbara’s Advisory Committee for the development of her groundbreaking plans for an International Health Center.